“Cities have both the opportunity and the duty to lead our transition towards a carbon-neutral circular economy.” These words of Mari Pantsar, Director of Sustainability Solutions at Sitra, set the scene for the Circular Development session at the ICLEI World Congress 2021 – 2022 Virtual Launch in Malmö, Sweden. The session convened high-level officials from five world regions to discuss how their cities have taken on the challenge of circular development. “Cities have the means to direct sustainable policies, influence industrial development and use public procurement as a lever”, highlighted Martina Otto, Head of the Cities Unit and Head of Secretariat, Global Alliance for Buildings and Construction Economy Division, UN Environment Programme. Leaders demonstrated the benefits of international exchanges and how cities across all world regions are eager to engage in circular economy interventions.

Key takeaways on the benefits and challenges of circular development

The power of collaboration

Minna Arve, Mayor of Turku, Finland, newly-elected ICLEI Vice President and the leader for the Circular Development pathway, presented the progress towards the objective of a climate-neutral Turku, driven by circular development. She highlighted the success of engaging more than 200 stakeholders in the co-creation of the Circular Turku roadmap, part of the Circular Turku project launched in 2019 in partnership with ICLEI and Sitra, demonstrating the value of inclusion and collaboration. “We want to invite cities to join us in creating a fair transition to a society in which we maintain the value of what we produce and operate in synergy with nature” declared Mayor Arve. With the launch of the ICLEI Circulars Platform, leading towns, cities and regions are invited to join the upcoming high-level dialogues with Mayors of peer cities interested in localizing the circular economy, and technical roundtables to facilitate exchange among technical staff.

Rebuilding along the circular development pathway

Speakers highlighted the economic opportunities when implementing local circular interventions, which are key to resilience in terms of rebuilding after the crisis. “The pandemic has turned this focus on circular development into an imperative as we all seek opportunities to pivot and focus on a more collaborative rather than extractive recovery”, Councilmember of Maui County, USA, Kelly Takaya King stated.

The systemic approach of circular development brings benefits in other areas as well. For example, leaders of Accra, Turku and Recife recognized the integral role of the circular economy to reach goals such as climate neutrality. In Mayor Arve’s words: “It’s not only about circular economy or separately climate action, it is a way to decarbonize the economy, create sustainable new businesses and solutions, and also care about biodiversity and lower the pressure on natural resources”. Benefits of circular economy for regional integration and its applicability to a wide variety of sectors was exemplified in a regional energy integration project by Ta-sheng Lo, Deputy Mayor of Kaohsiung, Chinese Taipei, to use “regional energy resources in the most efficient way, reduce resource consumption and regional pollution”.

A third key learning from the session is the potential for socio-economic benefits from circular development. The State Secretary of Economic Development of the State of Pernambuco in Brazil, Geraldo Julio de Mello Filho, shared the success of a city-wide plastic recycling project in Recife that has also contributed to income generation. Social gains are also expected in Accra: through it’s goal of diverting 60 percent of municipal solid waste from landfills by 2030, Accra’s Mayor Mohammed Adjei Sowah sees the city benefitting from “creating green jobs through the informal economy to improve the living standards of our communities”.

Challenges and the way forward

Accra is one of the pilot cities of the ICLEI project Circle City Scan Tool, a tool developed in partnership with Circle Economy, among others, to identify priority areas of intervention for circular development. As Martijn Lopes Cardozo, CEO of Circle Economy, explained during the session, the goal is “to teach and inspire cities about the possible circular interventions, and to support cities to bring people together around the circular economy”. Initial scans of pilot cities have revealed a lack of awareness of policy options for cities, a lack of funding and difficulty in breaking the silos within the cities as the greatest challenges. The tool, together with ICLEI’s Circular City Actions Framework, presented during the session by Burcu Tuncer, Head of Circular Development at ICLEI, offers actionable starting points for local governments to implement circularity by applying the 5R framework: Rethink, Regenerate, Reuse, Reduce and Recover. In Maui county Councilmember Kings’ words, as the newest pilot member to the Circle City Scan Project: “We are excited to work with ICLEI along the circular development pathway to meet waste reduction goals, honor our island’s environmental traditions, and transition back into a more local, closed-loop economy which provides diverse and new career opportunities.” Questions from the audience addressed by Councilmember King, Mayor Arve and Burcu Tuncer took particular interest in the sustainable land management approaches stemming from local traditional knowledge on Maui and their application today. With a look to the future, Mayor Arve concludes: “I believe strongly in collaboration, it is the most important thing in finding solutions for these complex issues.”

If you missed the session, you can watch the recording and browse the session resources here. 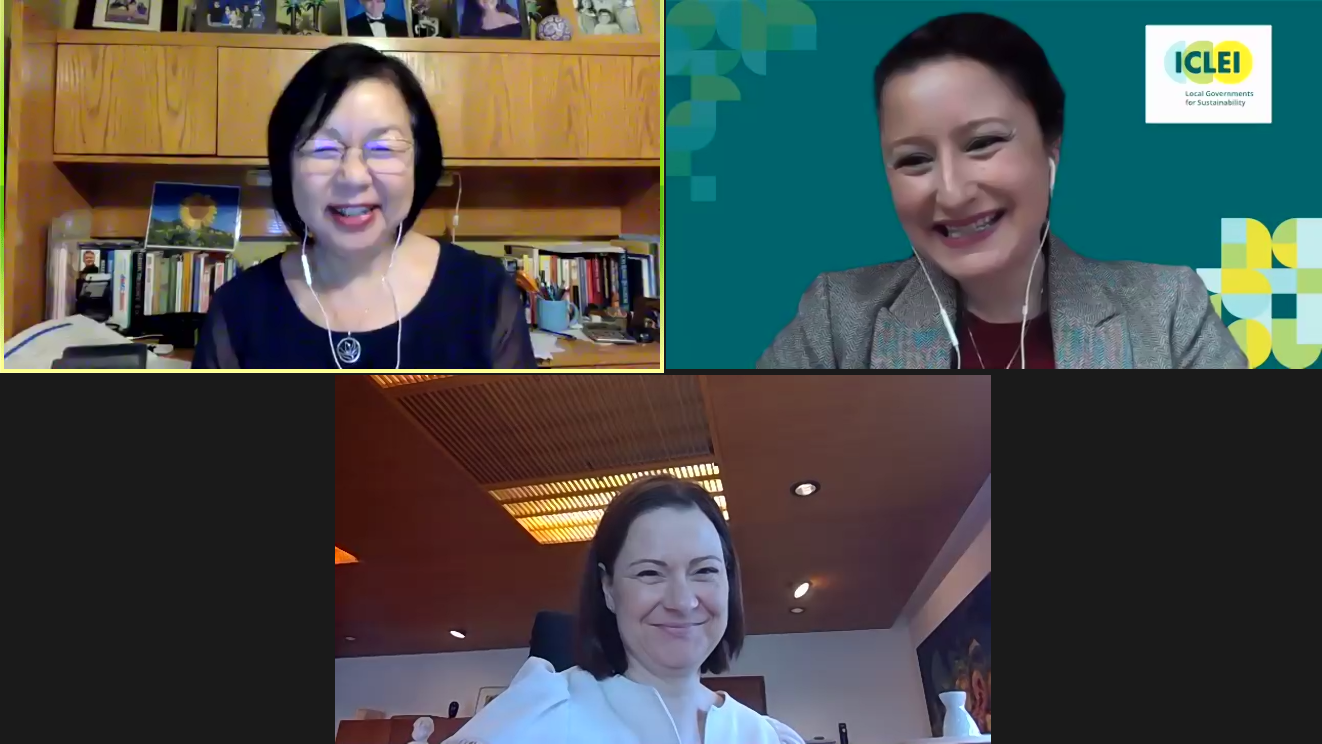 We use cookies on our website to give you the most relevant experience by remembering your preferences and repeat visits. By clicking “Accept”, you consent to the use of ALL the cookies.
Cookie settingsACCEPT
Manage consent

This website uses cookies to improve your experience while you navigate through the website. Out of these, the cookies that are categorized as necessary are stored on your browser as they are essential for the working of basic functionalities of the website. We also use third-party cookies that help us analyze and understand how you use this website. These cookies will be stored in your browser only with your consent. You also have the option to opt-out of these cookies. But opting out of some of these cookies may affect your browsing experience.
Necessary Always Enabled
Necessary cookies are absolutely essential for the website to function properly. This category only includes cookies that ensures basic functionalities and security features of the website. These cookies do not store any personal information.
Non-necessary
Any cookies that may not be particularly necessary for the website to function and is used specifically to collect user personal data via analytics, ads, other embedded contents are termed as non-necessary cookies. It is mandatory to procure user consent prior to running these cookies on your website.
SAVE & ACCEPT
Receive our sponsorship and exhibition prospectus

Please complete the form below to receive more information on how you can become a Sponsor or Exhibitor of the ICLEI World Congress 2021 – 2022: